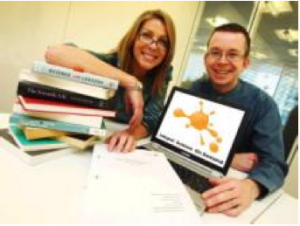 A SPECIALIST market research company has helped shape a piece of innovative software which could revolutionise the way scientific research is analysed, published and shared around the world.

Newcastle-based Marketwise Strategies has carried out proof of concept market research to help launch pioneering software company Inkspot Science Ltd., whose platform provides an online collaborative environment where scientists can carry out and share their work.

Working entirely in private, collaborating with trusted colleagues or publishing openly, scientists can also gain access to extensive scientific data without needing to set up and maintain their own systems.

Inkspot also allows them to convert raw data into meaningful and replicable analysis, or to start their research papers as a digital lab notebook, which can be peer reviewed and commented on, helping to increase a papers robustness and validity.
Inkspot enlisted the help of Marketwise Strategies to help it identify the size of the market, acquire an understanding of how scientists currently do science and discover the potential revenue models that are currently acceptable to scientists in both commercial and academic environments.

Marketwise Strategies senior research executive Graham Soult said: The benefits that this software will create for scientists could be pivotal for medical and scientific research.Our research for Inkspot delved deeper into whom they were trying to reach, and asked questions that they may not have thought about. As a result, we were able to advise Inkspot to incorporate those vital details in order to develop a more bespoke and marketable product.

Inkspot Science chief operating officer Joanna Berry said: The report that we received from Marketwise Strategies added huge value to the project by supplying us with a meaningful analysis of the statistics. Its a huge change from knowing the statistics to understanding what they mean.

Because Marketwise Strategies asked the right questions to the right people, we discovered for example that scientists don’t like the word blog, preferring instead to use the term lab notebook. Something that would seem so small is fundamentally important to us to help engage those scientists into using the software.

We can now identify growing interest and we are ready to produce a public site early in the New Year. We hope to develop it further as a publishing platform that can be applied to other (non-science) sectors.

The software is also aimed at promoting scientific studies and sharing analysis worldwide by unlocking research so that more people can benefit from the work that scientists are doing. Following the feedback of a testing period, the launch of the software in the North East will enable a cultural shift among scientists which could benefit research around the world.

Marketwise Strategies managing director Jacquie Potts said: “Inkspot’s business model is simple and very effective. Through the findings, Inkspot were able to adapt and amend aspects of the software to create a product unlike any other.

Open access for scientific papers and research is at the forefront of the Science Commons movement so it is great that something this groundbreaking is being developed within the North East.” 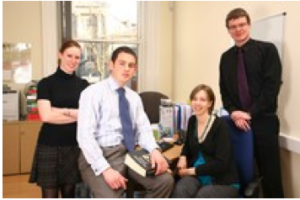 SPECIALIST market research agency Marketwise Strategies has bucked the recruitment trend by adding three team members to its expanding workforce over the past year.

Contrary to recent reports of staff cuts and increasing unemployment in the region the firm, which helps other organisations grow through research and marketing planning, has welcomed three new recruits to its Newcastle based office in the past 12 months.

In addition to the new faces welcomed into Marketwise Strategies by managing director Jacquie Potts, one team member has recently been promoted to a senior role as the agency aims to grow the business further.

END_OF_DOCUMENT_TOKEN_TO_BE_REPLACED 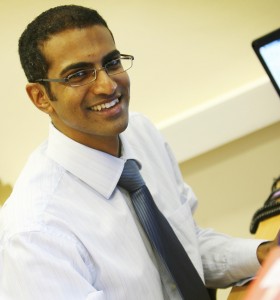 Paul, 35, from Newcastle, completed his PhD in Rheumatology at Newcastle University in 2000, carrying out research into arthritis.

Previously he completed a BSc in Medical Biochemistry at Brunel University in London, where he worked on research projects ranging from osteoporosis research at the Royal London Hospital to cancer work at the Institute of Cancer Research in Surrey.

Paul has also worked in industry, testing the biocompatibility of a new medical engineering product.

After a spell in Germany working on a church leadership programme, Paul has joined the seven-strong Marketwise Strategies team after being introduced by one of the firm’s clients.

He is now delivering proof of concept research for an innovative new medical device and has already carried out research for a potential spin-out from Newcastle University. Paul, who also gets married this month, said: “Marketwise Strategies has an excellent reputation for its research and strategy support to technology-based businesses.

END_OF_DOCUMENT_TOKEN_TO_BE_REPLACED 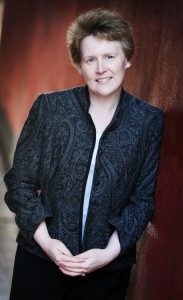 A MARKET research company is helping staff at a North university turn business ideas – that begin life as academic research – into reality.

Newcastle-based Marketwise Strategies was one of five experts chosen to advise entrants in the Northumbria University Staff Business Competition 2009.

The staff business plan challenge invited University staff to put forward their money-making ideas, with Northumbria bringing in experts to help take the potential businesses from initial planning all the way to market entry.

Applicants have pitched ideas from consultancy and training services to health and aptitude testing as part of the annual competition.

And four out of five of this years finalists have opted to use market research conducted by Marketwise Strategies, which is based on the city’s Westgate Road, to help boost their fledgling businesses.Managing Director Jacquie Potts was involved in the business plan clinic offered to finalists, which also included advice from a top lawyer and financial advisor.

She said: Part of the role of academic staff is to carry out research so, as a result, academics often develop product or service ideas that could be commercialised.

END_OF_DOCUMENT_TOKEN_TO_BE_REPLACED 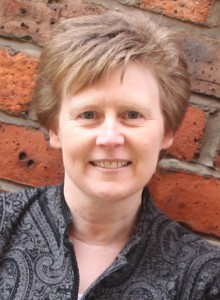 FOR technology businesses, the need to win investment can dominate the months (and even years) leading up to market entry.

That can mean that the business planning phase focuses on generating the kind of statistics and projected accounts to make investors sit up and take notice.

Unfortunately, it can also mean that not enough attention is paid to the real nuts and bolts issues, such as how warm is the market to the benefits of this product? And what possible barriers exist to successful market penetration?.

Thats why most marketing-savvy investors insist on detailed proof of concept market research, at the earliest stages of product development and then more research before market entry.

After the University of Sunderland came up with the idea for a groundbreaking new software tool to tackle financial fraud, it invested in rigorous proof of concept research.